We often hear and read that the polar bear population is threatened due to climate change which has caused sea ice levels to decrease significantly over recent years. This has reduced their habitat size and availability of prey species such as seals. You might have wondered where do polar bears live and what is the polar bear habitat that is under constant threat from climate change when compared to other animals on earth. Let’s find out now.

Where do polar bears live

Polar bears inhabit a variety of habitats across their range including sea ice, land and water. They can be found in many different regions including Alaska, Canada, Greenland and Russia as well as other countries such as Norway and Finland. These majestic creatures are incredibly resilient to extreme weather conditions due to their thick fur coats which helps them survive in temperatures that reach up to -40 degrees Celsius! 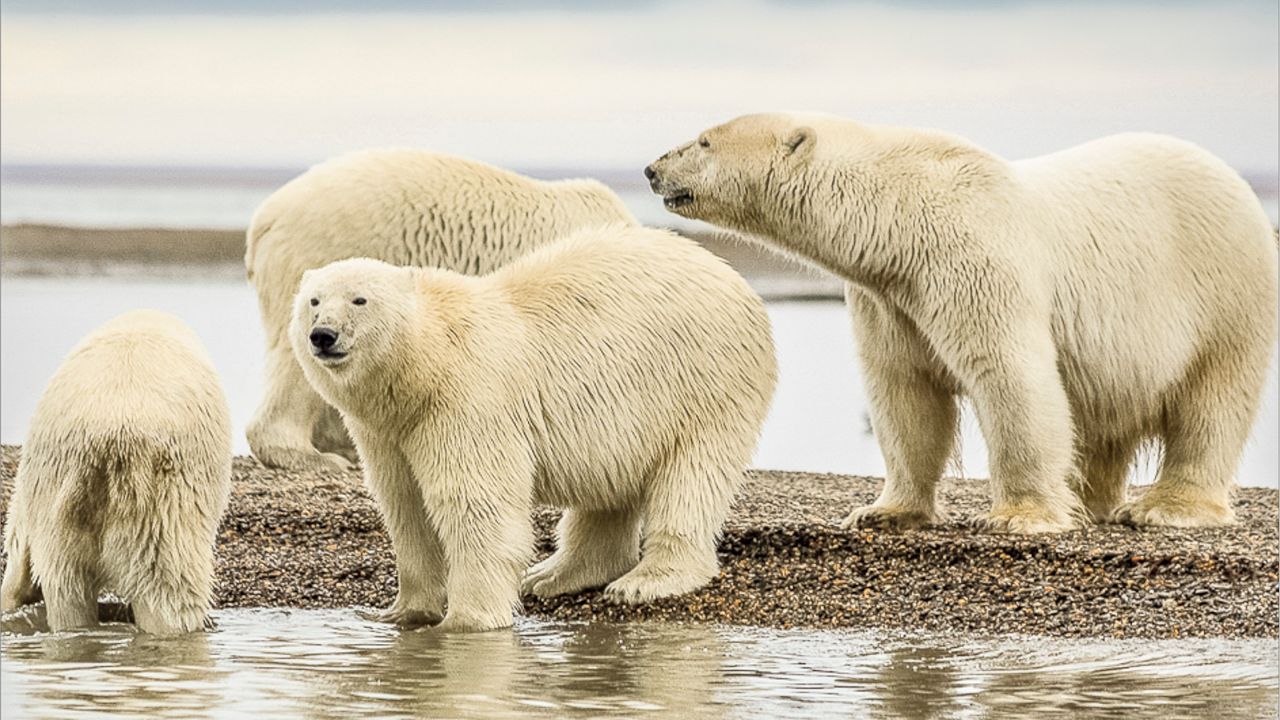 The polar bear’s primary habitat is the frozen sea ice on which it hunts for its main prey – seals. This type of environment provides them with an ideal hunting ground since there is plenty of food available from seal blubber underneath the surface layer. Polar bears also use this area for resting during long journeys or when searching for mates during mating season which typically occurs between April-July each year. In addition to this natural habitat they also sometimes occupy areas near coastal settlements where human activity has created additional sources of food such as garbage dumps or fishing vessels discarding unwanted fish parts into nearby waters!

What countries do polar bears live in

Where do polar bears live in Alaska

In Alaska alone there are an estimated 3-5 thousand polar bear populations living on sea ice along the northern coast of Alaska from Point Barrow down through Bristol Bay into Canada’s Arctic islands as well as in some parts of mainland Alaska such as Prudhoe Bay or Kotzebue Sound. In addition to this population there is also a small number found on St Lawrence Island off southwest Alaskan coast which was recently designated by US Fish & Wildlife Service as critical habitat for these endangered species because it supports unique genetic diversity among polar bear populations worldwide. 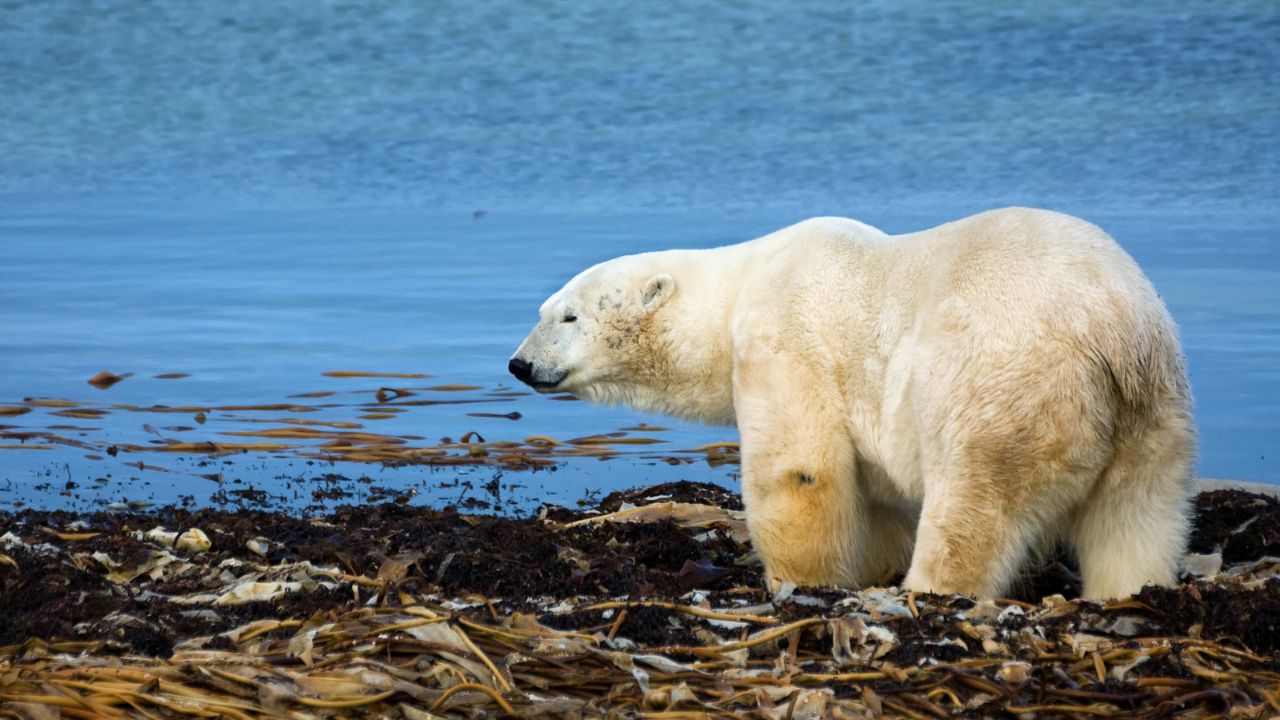 Where do polar bears live in Canada

The Canadian Arctic has been home to thousands of years worth of stable population estimates ranging between 15-16 thousand individuals. They reside mostly around Hudson Bay but have also been known to range further north into Nunavut territory near Baffin Island region, where they’re believed feed primarily on ringed seals during spring months when snow cover still remains thick enough support hunting activities.

Yes, polar bear live in the Arctic. Polar bears live exclusively in this frigid region due to several adaptations that allow them to survive its extreme conditions. The Arctic climate is incredibly cold year-round, with temperatures often dropping below -40°F (-40°C). This makes it difficult for many animals to survive here, but polar bears have adapted specifically for life in these icy regions. Their thick fur helps them stay warm despite subzero temperatures while their large paws help them traverse slippery surfaces such as ice or snow with ease. They also have a layer of fat beneath their skin that acts like an insulation blanket against even colder weather conditions; allowing polar bear cubs especially to remain safe from hypothermia during winter months when food sources can be scarce or hard-to-find.

In addition to physical adaptations, polar bears rely heavily on sea ice during certain times of year as they hunt seals which make up nearly 90% of their diet throughout spring and summer months when prey is abundant near shorelines where sea ice has melted away enough for access by both predator and prey alike.

What biome do polar bears live in Polar bears live in a unique biome. Polar bears inhabit tundra regions, which is a type of cold desert environment located near the poles. This biome consists primarily of low-lying shrubs, grasses, mosses and lichens that can withstand extreme temperatures with little water or sunlight available for growth. The tundra also has permafrost layers beneath its surface that keep it from thawing out even during summer months when temperatures rise above freezing point for brief periods at times.

The polar bear’s habitat is constantly changing due to global warming; melting glaciers have caused an increase in sea levels as well as changes to their food sources like seals and fish stocks which rely on ice floes for survival throughout much of their life cycle stages too. As such polar bears must adapt quickly to these new conditions if they want survive long term – this could include learning how hunt more efficiently or migrating further north into colder climates where food sources may still be abundant enough sustain them all year round despite climate change’s effects elsewhere across their range areas worldwide today!

Are polar bears losing their habitat Polar bears habitats are under threat. As temperatures rise due to global warming, polar bear habitats have been shrinking and becoming less hospitable for them. This has had a devastating effect on this majestic animal’s population numbers in recent years.

The Arctic is experiencing some of the fastest rates of climate change in the world, with sea ice melting at an alarming rate each year since 1979 according to NASA’s Earth Observatory satellite data analysis from 2003-2019. Polar bears rely heavily on sea ice as they hunt seals by waiting patiently near breathing holes or cracks in the ice surface that form when air bubbles get trapped underneath it during its formation process. Without this platform they cannot effectively hunt which leads to decreased nutrition levels and increased mortality rates among cubs born into these conditions. Furthermore, with reduced access to food sources comes increased competition between individuals leading further strain within populations as well as greater risk for disease transmission due to overcrowding caused by habitat loss. It is clear that action must be taken now if we want future generations of people around the world continue enjoying these amazing creatures living freely amongst us throughout their natural range areas like northern Alaska or Canada’s Hudson Bay region where many still reside today despite all odds against them! We need more research into how best protect polar bear habitats so that we can ensure their survival for years come – something governments across countries should prioritize given our current circumstances regarding climate change threats posed upon wildlife everywhere!