Tiger vs Lion Who Would Win is one of the most debated topic of the internet. Tigers are the largest of all big cats and perfect killing machines along with the superior combination of strength, cunning, and agility. On the other hand, a lion is a fearsome warrior with an appearance, to frighten even the mightiest of animals. It is not possible now that the Lion and Tiger may confront each other in the wild. However, both of these beasts have faced each other in and out of an arena. We have gathered complete information about the strengths of each of these beasts and compared them in different scenarios. Lion’s Advantages Over a Tiger

When compared to a Tiger, the Lion has the following advantages. Let’s go through each of them one by one. 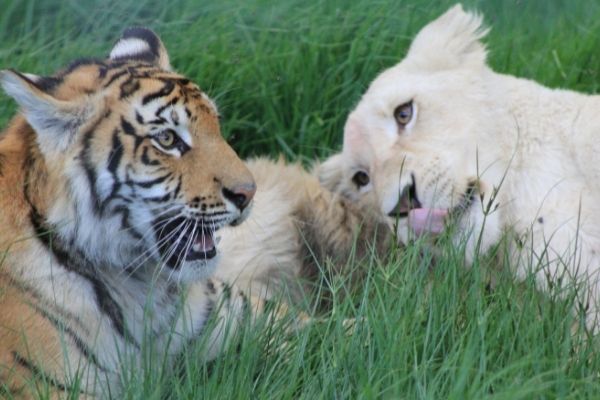 Tiger’s Advantages Over a Lion

When compared to a Lion, the Tiger has the following advantages: